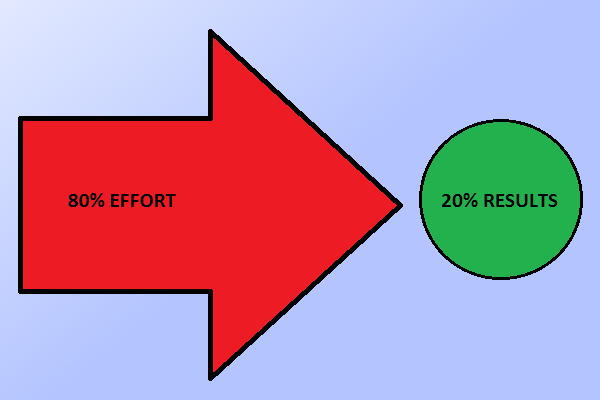 Consider that less than 20% of our effort might make more than 80% of the difference. 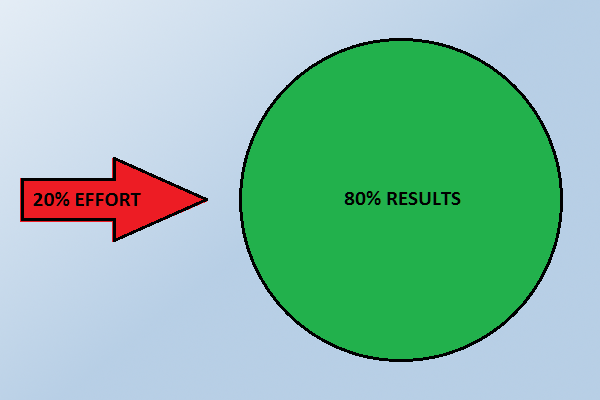 More than 100 years ago, economist Vilfredo Pareto discovered that 20% of the pea pods in his garden produced 80% of his peas, and 20% of Italy’s population owned 80% of Italy’s land. Other people have found that this Pareto Principle applies to many other countries, and even the world. People are applying this principle to other situations, like resource management, showing that 80% of a person’s effort addressed 20% of the problems, 80% of the products were produced by 20% of the machinery, etc.

Nearly 200 years ago, physiologist Ernst Weber discovered that a weight lifter could perceive smaller differences in weight as the weight decreases. For example, when people were lifting 100 lbs., they usually didn’t notice if you added or removed less than 10 lbs.; but when they were lifting 10 lbs., then they noticed a difference of 1 lb. or more. Thus, he found that it took a 10% change in weight for the difference to be noticeable. Many people began applying this Law to other senses: for hearing, the difference is around 5%, and for vision, 8%.

I wanted to make the most of my time. I understood that I could be like most, and waste 80% of my time chasing after the bottom 20% of my customers and profit. I wanted to apply the Pareto percentages so that 80% of my time built up the top 20%.

Then, I kept coming across the idea that we don’t notice small changes, so I considered stopping chasing the small stuff.

When I put the greatest amount of my effort into the smallest things, I excel.

In college, learning 20% of the material took around 80% of my effort. It was the difference between C and A grades. I could have shown up for class and done the minimal required, and gotten Cs, but I chose to master the details to get mostly As.

In other areas of my life, I could have done what 80% of the other people did, and fit in. Instead, I addressed details that others didn’t notice, and excelled.

I propose that 80-99% of life just happens. 80-99% of our bodily functions probably happen on their own for 80-99% of the people. My most essential functions require the least amount of my attention: breathing, circulating blood, dreaming. But greater health comes from attending to the optional 1-20%: expanding awareness. 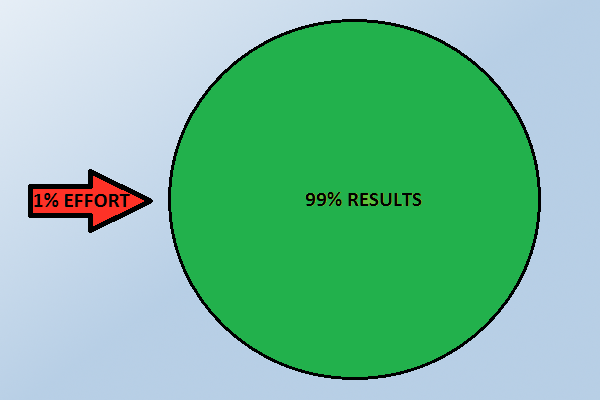 What small stuff do you want to sweat today?

Weave the fabric of this blog with your thoughts Cancel reply